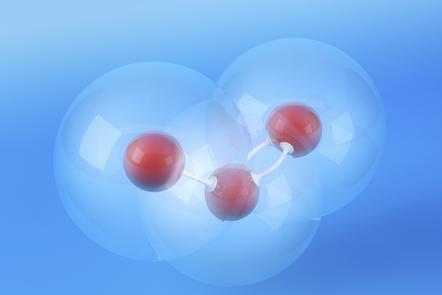 What is High Dose Hyperbaric Ozone?

An intravenous (IV) administration of a high concentration and volume of ozone under 2 atmospheres of pressure which increases the strength and efficiency of ozone delivery.  It is a rapid technique with specific equipment where 200 cc of blood is rapidly vacuumed into a sterile glass bottle, mixed with ozone under pressure and then rapidly returned to the patient.  The procedure is repeated 8 to ten times in one sitting.

This is in contrast to traditional MAH where 50 to 250 cc of blood are drained by gravity into a sterile bag or bottle, hand mixed with an equal volume of zone for a few minutes and then slowly dripped back to the patient over 40-60 minutes.

​How is it different than traditional IV ozone (also known as Major Auto Hemotherapy or MAH)?

-the amount of ozone administered is up to 10 times greater

-two atmospheres of pressure (i.e. hyperbaric) is used while mixing the ozone and blood, leading to markedly increased surface area of the ozone gas to react with the blood.

-due to the hyperbaric conditions, volume of ozone and blood involved and the speed of the blood delivery there is much more ozone delivered deeper into the body vs the traditional MAH technique.

Who would benefit from HB03 Ozone Therapy?

-improve chronic joint and back pain,

-improve circulation and increase oxygen delivery to organs and tissues,

-improve the efficiency of oxygen delivery from hemoglobin to the tissues,

-improve the flexibility of red blood cells to enter capillaries to deliver oxygen,

Are there any reasons not to use HB03 Ozone Therapy?

-It also requires a relatively large vein to accommodate the required catheter necessary to allow multiple passes of blood successfully.  Those with smaller veins may still benefit from a single pass with hyperbaric ozone through a smaller catheter as this is still a more efficient method of receiving ozone vs the traditional MAH (i.e. drip method).  Please see information on other forms of ozone delivery, including insufflation.

-Also, a small amount of heparin is used during the procedure, which must be tolerated.  Being well hydrated and using a plant or animal based blood thinner is also encouraged.

Hyperbaric Ozone Therapy was invented by Dr. Lahodny from Australia.  It is also the same technique that has been used with great success by my friend and mentor, Dr. Robert Rowen from California.

The following is a synopsis of Dr. Lahodny’s observations of the usefulness of the technique as he practices in Australia:

1. Complementary therapy in all cancers. Through direct tumor inhibiting effect of oxygen-ozone mixtures, by anti-tumor effect of oxygen-induced interferon production through an enormous increase in immune cells and enzyme release. High doses of ozone are able to reduce both primary cancer tumors and cancer metastasis. You can achieve amazing success  in late stage  cancer.

HB03 Ozone therapy is to be used also for all treatment-resistant chronic diseases such as psoriasis, Parkinson disease and multiple sclerosis.

2. Activation of the immune system. High Dosage Ozone produces a 10-fold increase of eosinophils (highly active immune cells) and an increase in cytotoxic T8-lymphocytes, which are also responsible for tumor cell destruction.

3. Inflammation-related diseases. HB03 action is based on a direct blockade of pro-inflammatory substances (cytokines) and massive proliferation of immune cells. Chronic sinusitis (maxillary sinusitis), sinusitis (frontal sinusitis), middle ear infections, sore throat and fever blisters experience a rapid and permanent cure using HB03. No other therapy brings such effective aid in these chronic recurrent inflammations. Conventional medical antibiotics relieve the suffering is briefly, with the disadvantage of weakening the immune system and damaging the mitochondria to the point of switching it off completely. A speedy new onset of inflammation is the result.

4. Circulatory disorders. Ozone Oxygen brings about the most effective circulatory improvements, with very rapid results. I have witnessed very impressive effects of the HB03 when treating circulatory disorders in the brain, cardiovascular diseases, hair loss, macular degeneration and tinnitus.

In retinal calcification and dry macular degeneration ozone therapy is the only measure which brings an improvement. All conventional medical therapies are only able to slow the deterioration. The ozone therapy achieved an improvement in visual performance of 30-40%,  with a remaining visual function (visual acuity) of more than 10 percent.  The macular degeneration (retinal calcification) usually begins in the 60th to 70th year of a patient’s life. It is primarily a disease of old age, which is increasing greatly. More and more people are diagnosed earlier with it. Therefore, prevention is the most important measure. Macular degeneration can calcify the arteries of the retina and cause vision loss or, in some cases,  blindness. When HB03 is applied on an extended basis, arteries can be healed to become normal, fully functional vessels again.

Ozone Therapy also supports the Vascular Endothelial Growth Factor (VEGF) forming new blood vessels in the retina, which leads to vision improvement in bad initial condition or restoration of normal vision at the onset of macular degeneration. Macular degeneration can be prevented by timely oxygen therapy or can be successfully treated in late stages. Oxygen therapy is always combined with orthomolecular measures. Many conventional medical practitioners reject the oxygen therapy. [Dr. Lahodny has] obtained beautiful results in chronically ill patients that were unsuccessfully treated before, and that inspires [his] job satisfaction.

The situation is similar with the ill-bleeding heart muscle. By stimulating the production of prostacyclin the smallest heart muscle arteries are expanded to normal vessels. Thus, the myocardial perfusion is restored first, even with almost closed coronary arteries, so that with 20 ozone therapy sessions  bypass surgery is almost unnecessary. This is probably achieved by stimulating VEGF, which promotes neovascularization, which in a sense represents a newly created heart muscle. Heart attack and heart failure could be avoided with timely and sufficient oxygen therapy. Improving myocardial performance eliminates fatigue.

Second, the general physical performance is improved within a few hours by the very rapid vasodilation in the heart muscle, but also in all other organs such as liver, kidney and lung – which is why oxygen is a doping agent in use.

For hair loss, the decay of hair roots is brought about by poor circulation. No pharmaceutical drug improves blood circulation so sustainably. After 10-15 oxygen therapies hair begins to grow again. The almost atrophied blood vessels in the hair roots are greatly enhanced by prostacyclin and new vessels are formed. In addition, the removal of toxins and acid is intensified. Because in places where there was no hair (hairline at the forehead and receding hairline – angulation) new hair grows, the rejuvenation must be carried out by the ozone-oxygen formation of new hair follicles. Probably the remains of almost entirely perished hair papillae are stimulated to new growth. Apparently, individual hair root remnants are ripened by special growth factors which bring about new hair roots. Many small hairs begin to sprout, so that some patients feel almost restored to their youth; a boundless sense of rejuvenation.

Oxygen gives the hair its former vitality, strengthening and thickening it. This gives women in particular a new quality of life.

Hearing loss is also based primarily on a circulatory disorder. Usually I see a significant hearing improvement after 10 -12 oxygen treatments, even if was treated by conventional medicine without success for years. Cardiac arrhythmia, poorly healing wounds, heart attack and stroke, dizziness, headache, migraine insofar as it does not come from the spine, tinnitus sudden deafness, dyslipidemia, pathologically elevated blood liver function tests (AST, ALT, LDH, gamma GT, alkaline phosphatase) and elevated blood kidney values are all normalized by oxygen. To reestablish the coronary arteries and the rest of the arteries, there are other very effective complementary medical measures in addition to the oxygen therapy.

5. Detoxifying effect. Oxygen and ozone therapy brings about a rapid excretion of toxins and heavy metals. Excessive accumulation of toxins and heavy metals, especially lead, cadmium and aluminum cause tiredness, exhaustion, physical and mental performance weakness, premature aging, sleep problems, susceptibility to infection and age spots. The oxygen-related detoxification can cause the above mentioned symptoms to resolve.

6. Energy supply. A particularly current and increasing disease is the burnout syndrome (general exhaustion). In orthodox medicine, the burnout syndrome is usually not treated very successfully with months of sleeping pills, tranquilizers and anti-depressants in high doses. In Burn Out Syndrome (exhaustion), the entire body is full of toxins and totally de-energized. The toxins in the body  block the function of the excretory organs and the immune system. Damaged mitochondria are responsible for the fatigue. Ozone therapy assists in detoxification, rehabilitation and proliferation of mitochondria, as the mitochondria make energy from oxygen molecules.  As complementary therapy, Dr. Lahodny uses vitamins, trace elements, amino acids and electrolytes. All patients who were treated with oxygen due to other diseases report that fatigue fades, sleep improves and their hair grows.

7. Fascinating and impressive are the cosmetic effects on the face and body skin.  The oxygen manages a new formation and growth of collagen and elastin in the skin. The elastin is improved by certain growth factors. These results cannot be reached to the same extent by externally applied cosmetics. HDO works better against wrinkles than any ointment combinations. Wrinkles are significantly reduced at 15 treatments – Most are after 10.

When intense sunlight oxygen acts as a protection against UV-induced skin damage. Furthermore, the natural aging process of the skin is slowed down by the massive blood flow improvement. The skin undergoes a tightening and firming. The detoxification and cleansing is best shown by the lightening or complete removal of age spots on the hands and arms. To remove stubborn age spots up to 20 treatments are necessary.

8. Elimination of spider veins. Very often spider veins are found on the face and on the legs in women and men. Many patients suffer  from varicose veins. A disease which is not only unsightly but also sometimes causes severe pain and impaired general circulation. Some of the venous valves function are turned off, which results in strong leg thickening. HB03 produces a swelling of the inner wall of the smallest arteries and veins lining cells (endothelial cells). This expands the diameter of the smallest vessels, increasing the blood flow to the vein walls. As a result, spider veins actually completely disappear. The improvement in blood circulation of vein walls decreases the diameter of large varicose veins and eliminates small varicose veins. With joy, patients report that their old leg and varicose vein pain were cured permanently with oxygen treatment. For these patients, their performance and quality of life is improved.

9. Gynecological Disorders. Ozone eliminates menstrual pain, normalizes blood flow abnormalities and improves ovarian function. Patients who have suffered for years despite medical therapy usually feel free from pain after 10 -12 oxygen treatments. Very heavy bleeding that was not diminished by high doses of progestins, Cyklokapron and vitamin K could be completely stopped by a few oxygen treatments. No additional treatments were necessary. In other patients, long-standing missed periods and irregular menstruation were regulated with oxygen, bringing the patients back to normal cycles. Facial swelling due to progesterone deficiency is eliminated with 10-15 oxygen treatments. Ovarian problems with missing ovulation and infertility could be successfully treated by administration of oxygen. Poly-cystic ovary syndrome (PCOS) with hirsutism, circulatory disorders and infertility is a domain of oxygen therapy. Endometriosis also heals successfully with oxygen.

For more information on our Ozone therapies including High Dose Hyperbaric Ozone, Please call us at 305-505-0455